Every two years, on the occasion of the United Nations World Tourism Organisation (UNWTO), a poster competition called the Vettor Giusti Tourism Poster Competition is held providing an opportunity to showcase the creativity and beauty found in the posters used to promote tourism in each country.


The Vettor Giusti Tourism Poster Competition is open to all the member states of the UNWTO and is channelled exclusively through their national tourism administrations, which in Zambia’s case should be the Zambia National Tourism Board ZNTB. 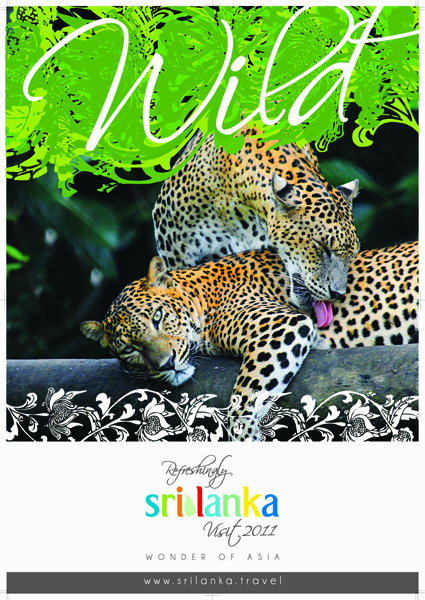 Each member country was invited to submit one poster. During the 19th session of the General Assembly in Gyeongju, Republic of Korea, in October 2011, the winners were announced.


Sadly, ZNTB appears to have done very badly in publicising this poster competition, if not to Zambian visual artists, graphic design houses and photographers who have the skills to design such a poster, but to the general public who will actually be voting for the Zambian poster to win, if at all we even have a poster being entered in the competition.


According to the UNWTO Information Sheet No. 1, Annex 2. Tourism posters competition, “For this 2013 edition, each Member State will be invited to submit one sole poster in electronic format, which shall be posted directly on the UNWTO website… and the web page will be open for the submission of posters to the competition until 23 June 2013” reads the document in part.


It further states that:

“The poster selected by each Member State must:


- be representative of the country's tourism,


- have been published after the nineteenth session of the Assembly (that is,


- have a high level of graphic design and communication,


- be submitted in a file no larger than 5 MB, and


- contain in its design the name of the country it represents.


6. All posters validly submitted will be displayed on the UNWTO website until the announcement of the winners during the Assembly.


7. In order to select the winners of the 6 regional prizes, a jury will be established composed of the Chairs of the 6 Regional Commissions of the UNWTO, one representative from each of the two host countries (Republic of Zambia and Republic of Zimbabwe), one representative of the UNWTO's Communications programme, and a communications professional designated by the Organization. Each member of the jury shall vote for 3 posters from each region, except his or her own region in the case of representatives of the member countries.


8. During the Assembly, the final decision of the jury and the results of the popular vote will be announced and the official ceremony will be held to award the 2013 Vettor Giusti Prizes to the winning countries.


9. The 7 winning posters will appear on the UNWTO website until the next edition of the Vettor Giusti posters competition at the 2015 General Assembly. After the prizes have been awarded, the printed versions of the winning posters are to be submitted by the corresponding countries for display in the entrance hall of the UNWTO building until the next edition of the competition at the 2015 General Assembly.”

Nevertheless, as of today, very little is known about such an important competition to Zambians outside ZNTB. But this is no surprise, for years ZNTB has never seen beyond the Mosi – Oa – Tunya as a marketing chip for tourism in Zambia. Furthermore, the tourism board’s murky vision cannot see beyond wildlife and selected national parks as some of the county’s assets all the while forgetting its biggest one, the people, who possess friendliness and political stability that can be found in no other country in the world.


In all fairness, ZNTB has not really done much to put this country on the map, without being cynical, one wonders what it is they portray when they attend the many tourism conferences and expositions they so eagerly and  frequently attend abroad.


And as a concerned Zambian citizen of Livingston Humphrey Mhango rightfully observed concerning the poster competition in a letter to the author, “I thought our bureaucrats were noting that this document (UNWTO Information Sheet No. 1) would now be our check list for our preparations! Alas, no one seems interested!”


“I am surprised that to date no one wants to be in the clear on what the terms of reference for us to Co-Host the 20th GA of the UNWTO are. If you read the bid document, you will be surprised to read Comrade Mugabe’s foreword. He clearly says Zimbabwe invited Zambia to co-host the 20th GA,” states Mhango “How come our President’s foreword and our Minister of Tourisms' foreword are missing in the document? is this politics of underdevelopment where anything done by the previous administration is trashed? Let us not forget that the bid was submitted in August 2011 and the new government only took over in late September 2011.”


In any case ZNTB are not the only ones that seemingly fail to get information through to mother Zambia. Take our embassies abroad for instance, global competitions such as the 2013 ~ 16th Annual Peace Pals International


Art Exhibition & Awards, come through their mail annually but what do they do to get these competitions home? The Peace Pals competition as well as the The KANOON International Biannual Art Competition & Exhibition organized by Institute for the Intellectual Development of Children and Young Adults, are children’s art competitions that talented Zambian children aged between 5 and 16 never get the chance to enter because their missions abroad whom of course are the recipients of such competitions, shamefully make no efforts to publicize these back home. These two competitions and others were received by this author from Zambia’s permanent mission to the United Nations in New York with no attached publicity instructions, but surely, there is only so much a journalist can do. For children and parents with internet access reading this article, “Google” the two competitions for more details.
Posted by Andrew Mulenga at 01:46