Is Edgar for the arts?

The more one observes his actions since being voted into office the more one realises that there is probably not too much known about Republican President, Edgar Chagwa Lungu’s personal traits or vision for Zambia.

But anyway, this column is a space provided for art. Does he know anything about it? Has he ever drawn a picture, bought a painting, or attended a play at the theatre? Can he tell high art from a curio? Does he have a favourite author, listen to music or know anything of poetry? Is he for the arts at all? Perhaps we have to wait, hope and see. 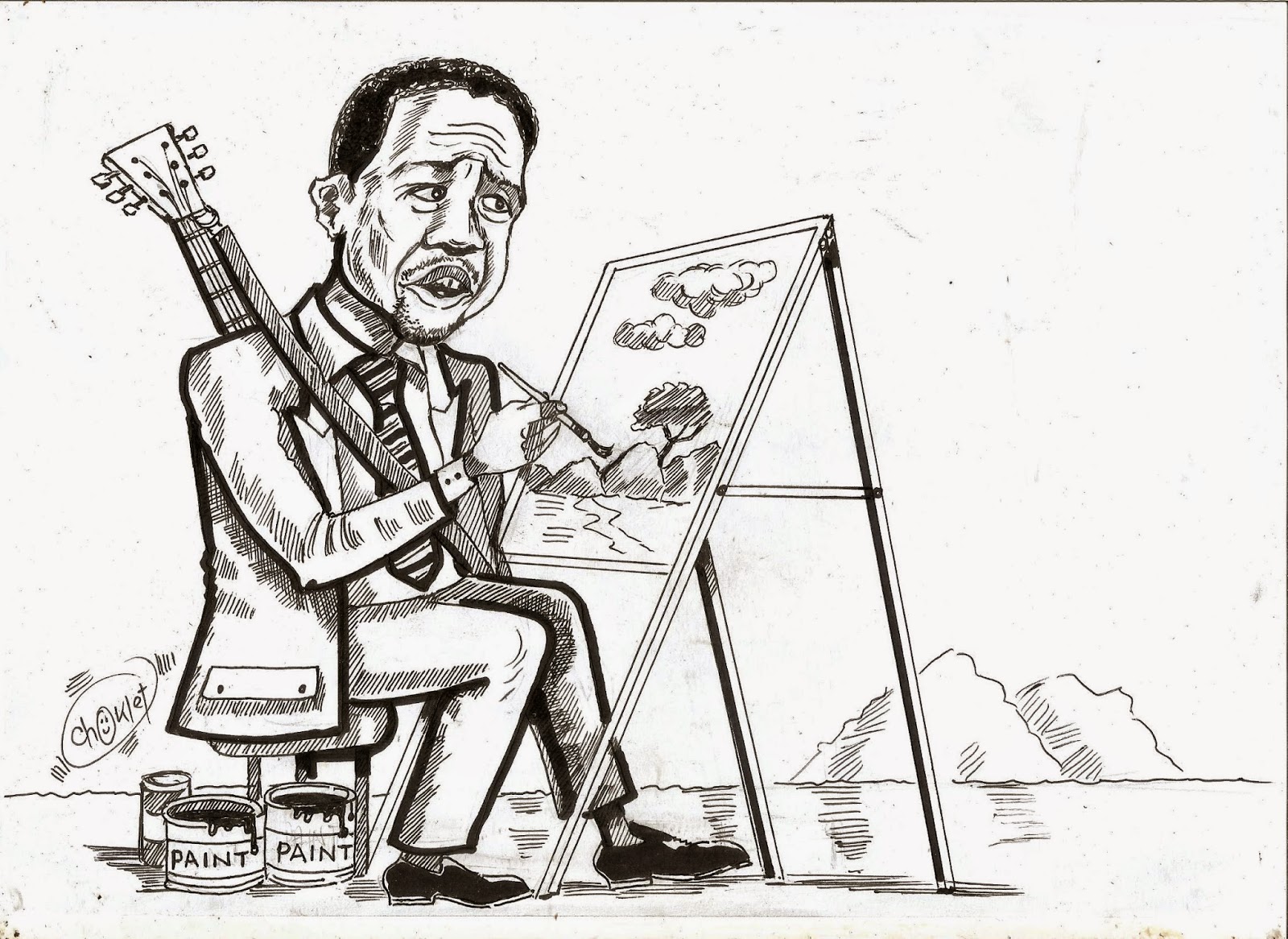 Today he is Zambia’s 6th president after a heavily contested presidential election, yet there is still very little known about what he plans for Zambia beyond his declaration to carry on Sata’s vision. Now, there is no telling still what exactly Sata’s vision was, but somewhere within the subject of his legacy remains the realignment of the Tourism and Arts Ministry as well as the Arts, Culture and Heritage Commission Bill.

The setting up of the Bill was announced by Sata in a policy statement during his address in Parliament on 28th September 2012. The intention of the Bill is to – be reminded -- harmonise all sectors of arts, culture and national heritage to operate under one body encompassing theatre, digital art, reading, dance, music, literature, and crafts as well as “art collections that will reinforce the identity of the country and national pride through culture.”

The enactment of the bill will for the first time see the streamlining or defragmentation of the creative sector, and once it is scrutinized and passed, the Arts, Culture and Heritage Commission will discard the outdated National Arts Council of Zambia Act, 1994, the National Heritage Conservation Commission Act, 1989 the Theatres and Cinematography Exhibition Act, 1929 and the National Museums Act, 1966 and establish laws that will consolidate arts, culture and heritage.

The Bill has already been presented to Parliament, however  it should be read a few times and if endorsed Zambia will have a whole new structure of governing, and sustaining the arts, a highly anticipated thing among artistes, anxious to become a sector that will even contribute to the nations GDP.

Of course the entire Bill cannot be published in this space but a few key points of the document read as follows:

To provide for the preservation of Zambia's arts, culture and heritage;

To provide for the development and promotion of Zambia's arts, culture and heritage products;

To provide for the encouragement of artistic creation and entrepreneurship; to provide, and encourage the provision of, opportunities for persons to practice the arts, culture and heritage;

To promote the appreciation, understanding and enjoyment of the arts, culture and heritage;

To provide for the conservation of ancient, cultural and natural heritage, relics and other objects of aesthetic, historical, pre-historical, archaeological or scientific interest;

To provide for the regulation of archaeological excavations and export of relics; to promote and encourage the development of arts, culture and heritage infrastructure;

To provide for the administration of the Arts, Culture and Heritage Fund;

To give effect to international agreements on arts, culture and heritage to which Zambia is a State Party”

Nevertheless, one can only hope that the Lungu administration can bring a lively and renewed sense of purpose and necessity in undertaking the effort to resolve the many challenges affecting Zambia’s creative economy.

Of course there is a general concern by artists as stakeholders that they had not been consulted during the formulation of the Bill, still, they should be reminded that the Bill is a set of progressive ideas which will foster wealth creation for creative practitioners across the board; generally making the arts a financially viable occupation.
Back to the republican president, re-positioning of the arts remains part of Sata’s legacy, one that he – during campaigns -- has publicly declared allegiance.

But we are yet to see whether he is for the arts, there is no telling whether he will ever see it important to visit or open an art exhibition, attend a concert or a play, and above all support the Bill. Nevertheless he should be reminded that if the last presidential elections are anything to go by, he will be needing every vote he can get and most artistes are voters who surely they will be swinging their votes his way if he has a hand in improving their livelihood before next year’s polls.

Meanwhile, the statue of liberation hero Harry Mwanga Nkumbula is draped and ready for unveiling at the airport named after him in Livingstone. A milestone, it will be the largest bronze sculpture in Zambia designed and built by a local, Emmanuel Muntanga  even though he had to transport it to South Africa for casting because we don’t have the facilities.

If Lungu would take a trip to unveil it, it would not only be an entry point for him to show solidarity to arts, culture and heritage, but it would also give him the opportunity to visit the province where he performed the worst during the elections and it will also give him the chance to have his name on a metal plaque just under the statue for all posterity in case he is voted out of office in the next 18 months.
Posted by Andrew Mulenga at 01:28